If you watch online video, you’ve probably heard about VidCon, but this year in Anaheim, California there was a rival convention hosted at the same time created solely to spite Vidcon. If you’re not familiar with Tana, she’s a YouTube creator who’s known for creating outrageous “Story Time” videos about things that happened to her like getting arrested at Coachella. 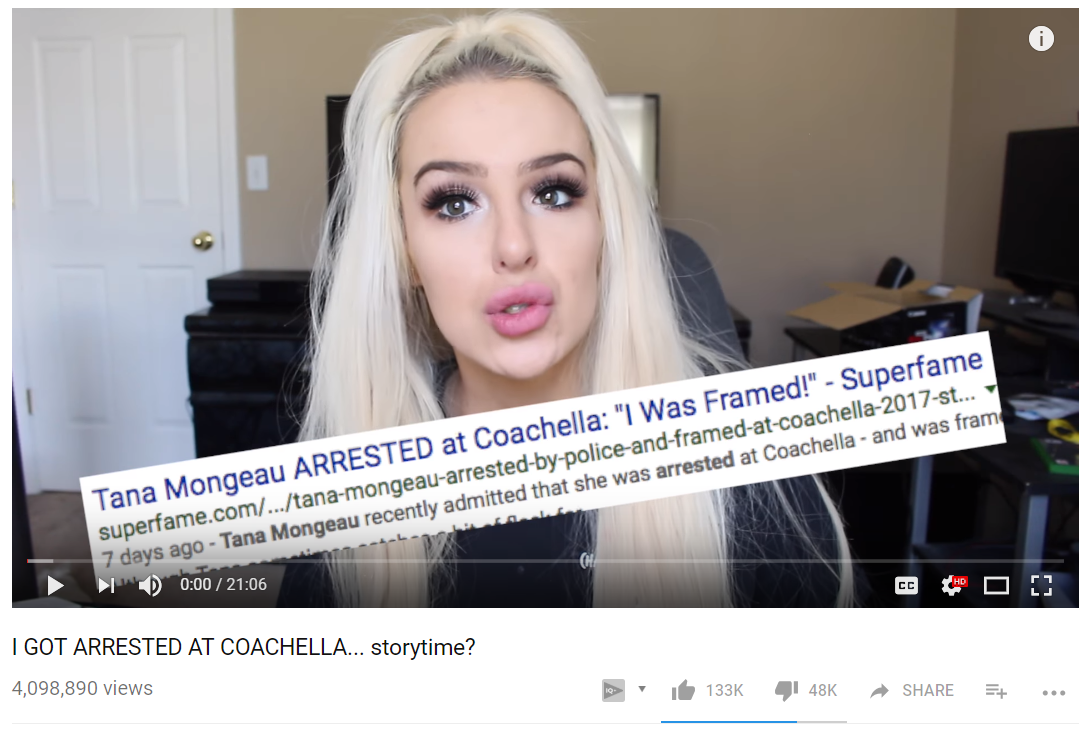 Or the time that time her stalker took photos of her sleeping body. 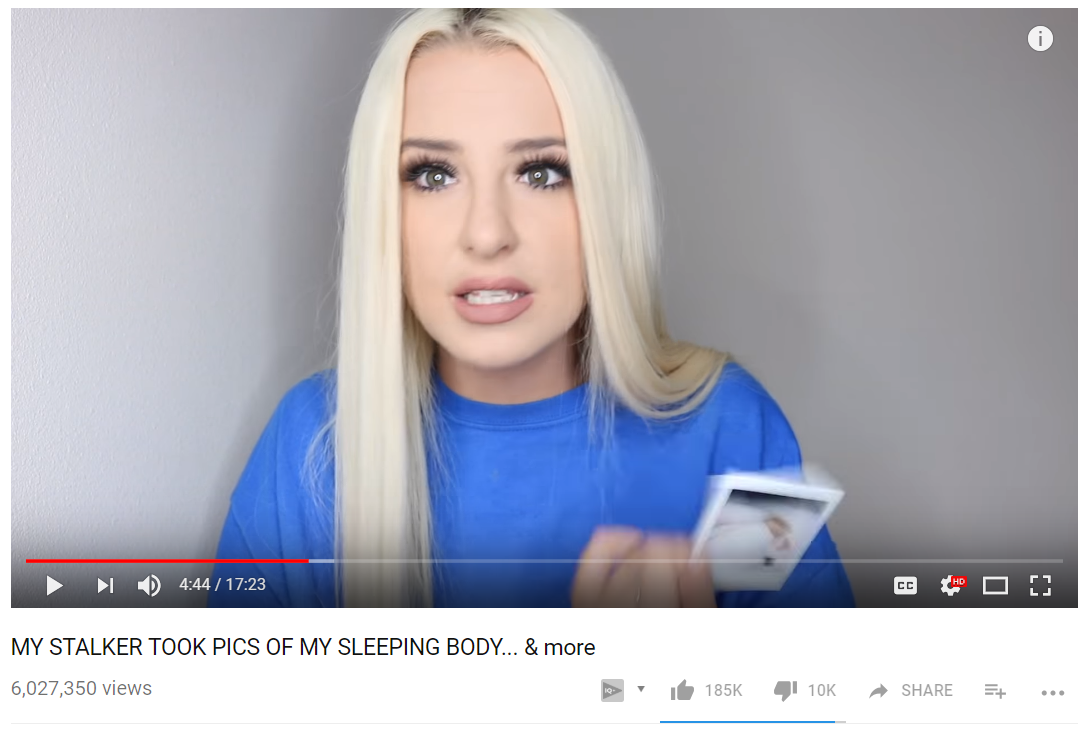 Or her movie-length video about the horrible things that happened to her last VidCon and why she’s not going back to any future VidCons. 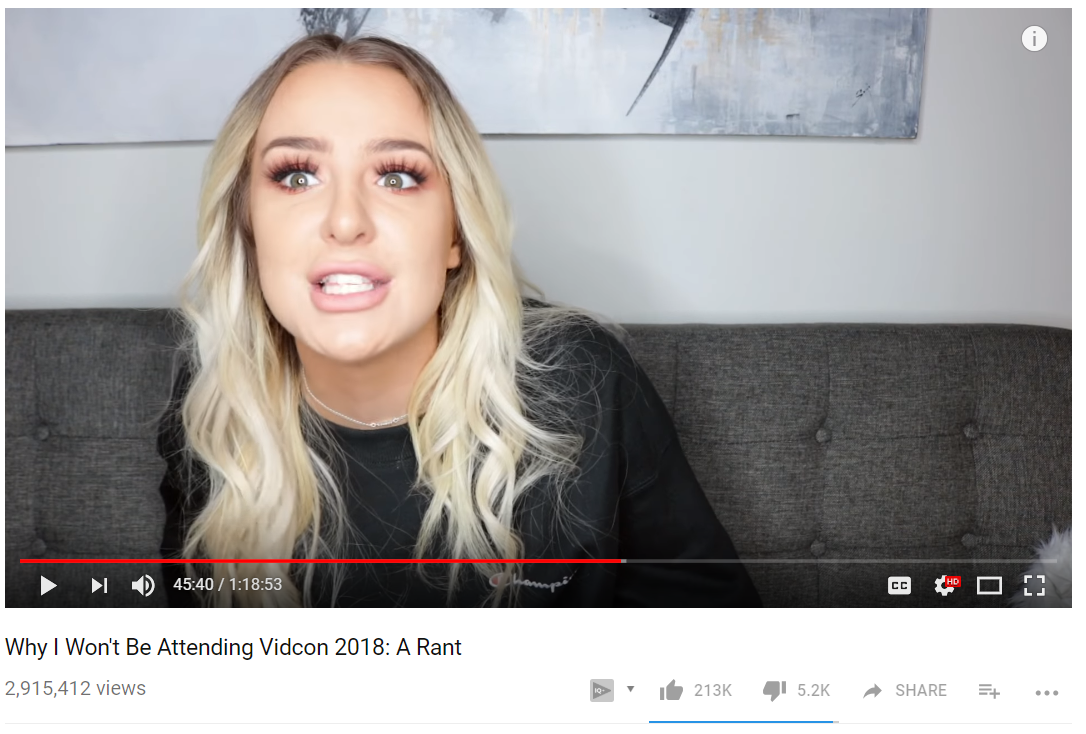 If you have about 5 hours of extra time on your hands, you’ll have enough time to go through all of her vidcon videos and all of the tweets about what happened with the convention and the drama that ensued with her first attempt at hosting TanaCon.

Long story short, Tana attempted organizing her first convention featuring other internet famous/traditionally famous friends in her circle including Bella Thorne, Bhad Bahbie, Shane Dawson, and Miranda Sings. The maximum capacity that they planned for was 5,000 attendees, but ended up having over 20,000 fans show up at the venue and had to cancel the convention due to fire hazards. For reference, VidCon, a convention that takes u pthe entire Anaheim convention center, was expecting 30,000 people total.

Due to the overwhelming response, lots of fans were left outside waiting in long lines in the heat and began getting sick due to becoming overheated. Fans who hadn’t purchased tickets began showing up as well, exacerbating the problem. During the whole ordeal, Tana was live tweeting updates including:

Between all of the featured guests, Tana’s lively fanbase, and the Tana branded elevator, it would have definitely been a convention to remember it it had been more organized and more successfully produced.

There were other amazing surprises ranging from a wedding that was planned to happen at the convention performed by Tana herself who specifically got ordained for the event. 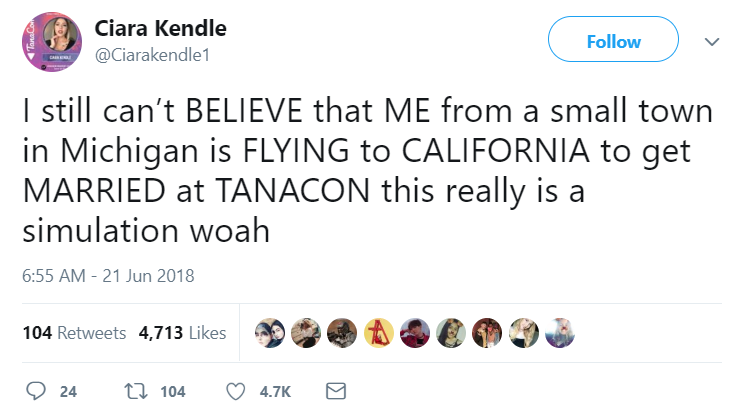 And of course, lets not forget the TanaCondoms that were specially made for the event.

Overall, this convention had so much potential, but after being shut down so prematurely, so many fans were extremely disappointed and continue to voice their disappointment in the comments of her recent videos. Many had flown all the way to Cali, rented hotels for the weekend, and bought tickets but never made it inside the convention. Of course Tana apologized and is issuing refunds. Our last question is whether or not she’ll attempt a TanaCon 2.0 next year.