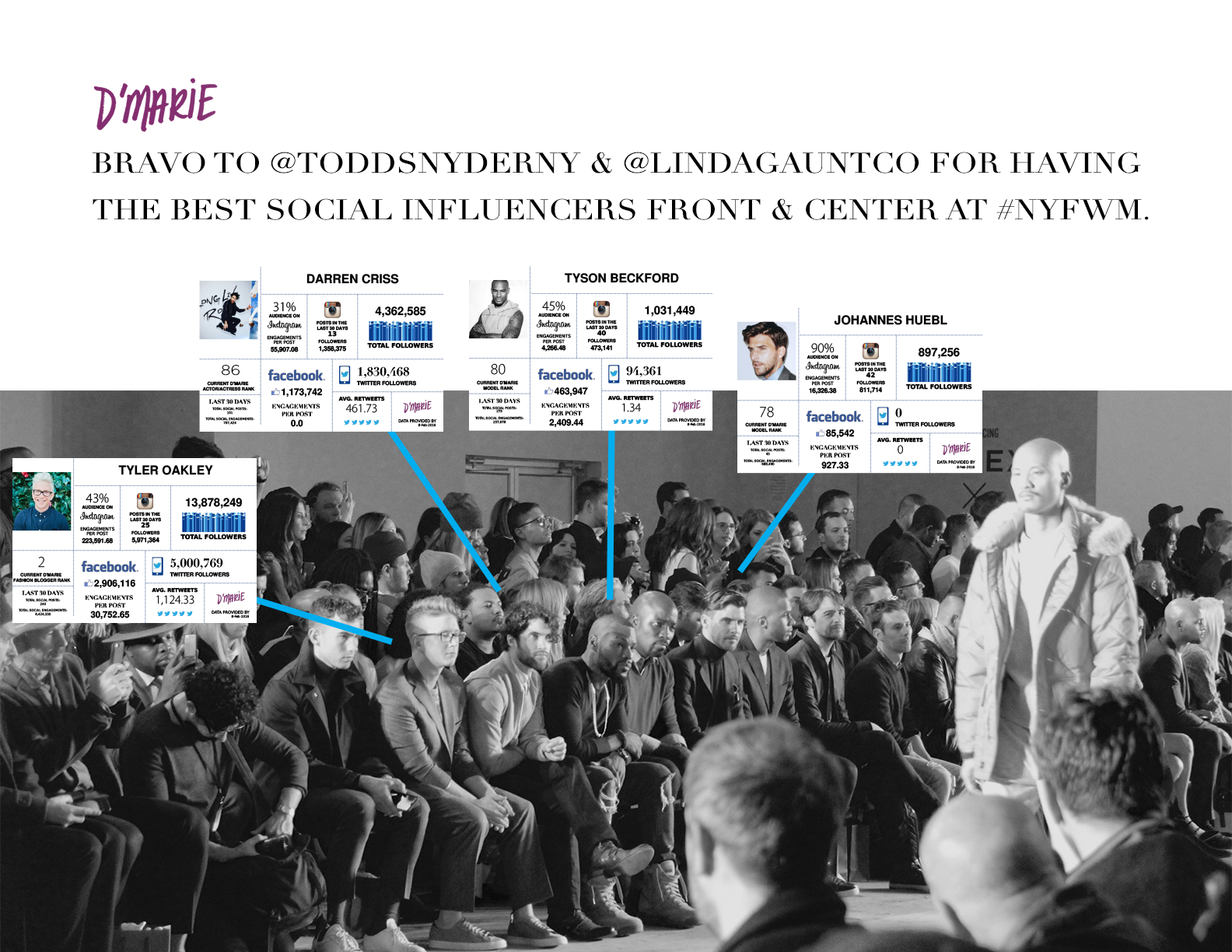 It doesn't come as much of a surprise that Todd Snyder (@ToddSnyderNY) had the most valuable front row at New York Fashion Week Mens in terms of social media. He closed out #NYFWM with an incredible collection and a stunning cast of male models. Shout out to Trew Productions (@drewtrew) who handled casting for the show. Guests including Tyler Oakley, Darren Criss, Tyson Beckford and Johannes Huebl were amongst the front row attendees with the highest social influence. Their combined posts about Todd's show reached over 20,151,500 followers across Facebook, Twitter and Instagram on February 4th. After analyzing front rows all week long during #NYFWM, it was noticable that this show was well attended by a younger, most socially savvy crowd. Bravo Linda Gaunt (@LindaGauntCo) and team for wrangling front of house.