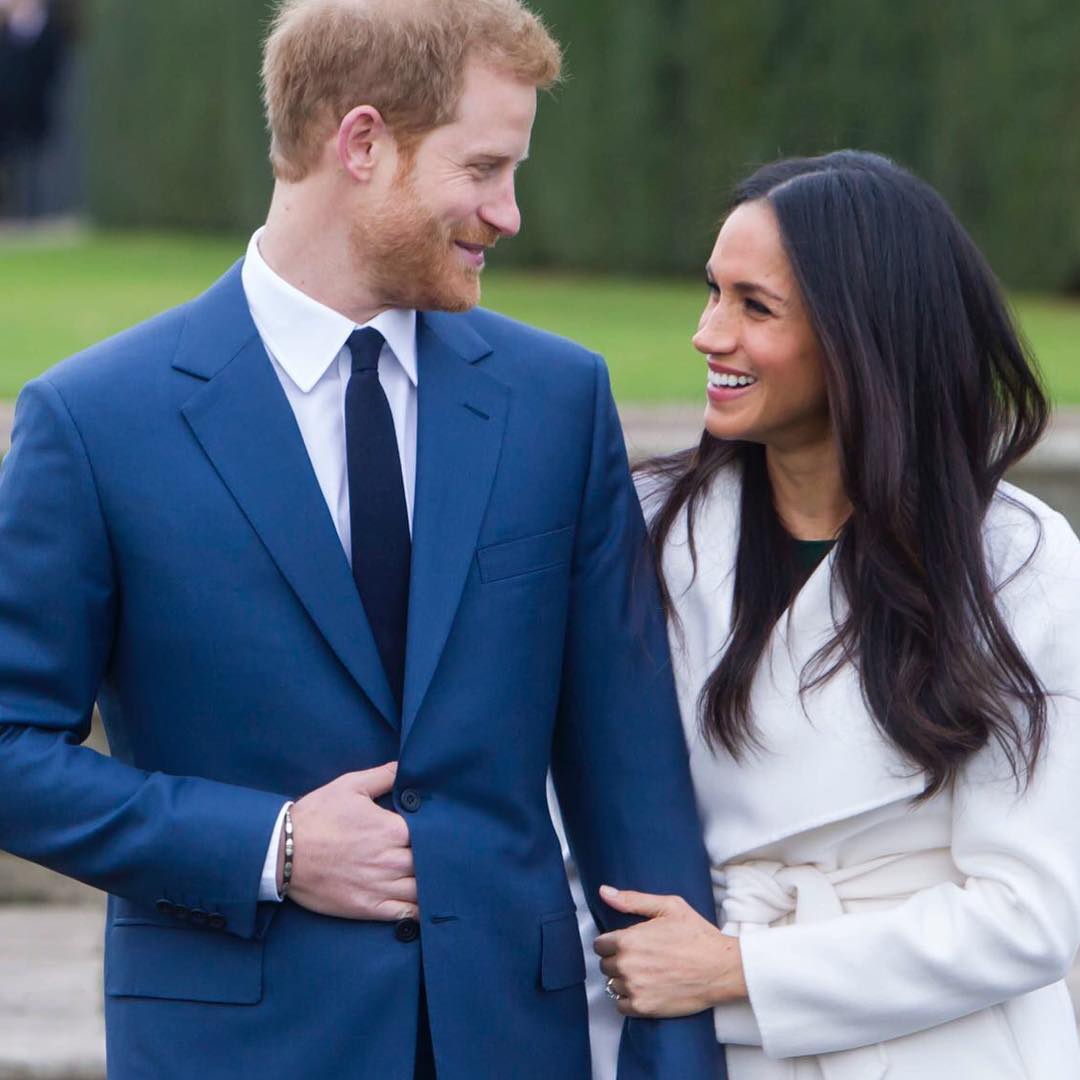 Early this morning in London, word broke out of Prince Harry’s engagement to girlfriend Meghan Markle, actress and activist best known for her role on our favorite TV lawyer drama Suits. The couple has been dating for more than a year amidst unfounded and lame media scrutiny whether Meghan’s biracial identity was suitable for the Royal Family.

Their engagement is wonderful news, and with all eyes on them, we’re taking a closer look at the (soon to be expanded) Royal Family’s social media presence in their push towards becoming a more down-to-earth, modern monarchy.

You can’t have a monarchy without a head, and the official Royal Family accounts command great attention. Last week Queen Elizabeth II and her husband the Duke of Edinburgh celebrated their 70th wedding anniversary and released several new portraits, through media outlets and most notably Instagram. The most liked portrait garnered 146,352 likes, 6 times higher than their average IG engagement per post of 22,624. With a combined following of 8,296,828 across Instagram, Twitter and Facebook, it’s no surprise that the official Royal Family account is the most followed from the family. 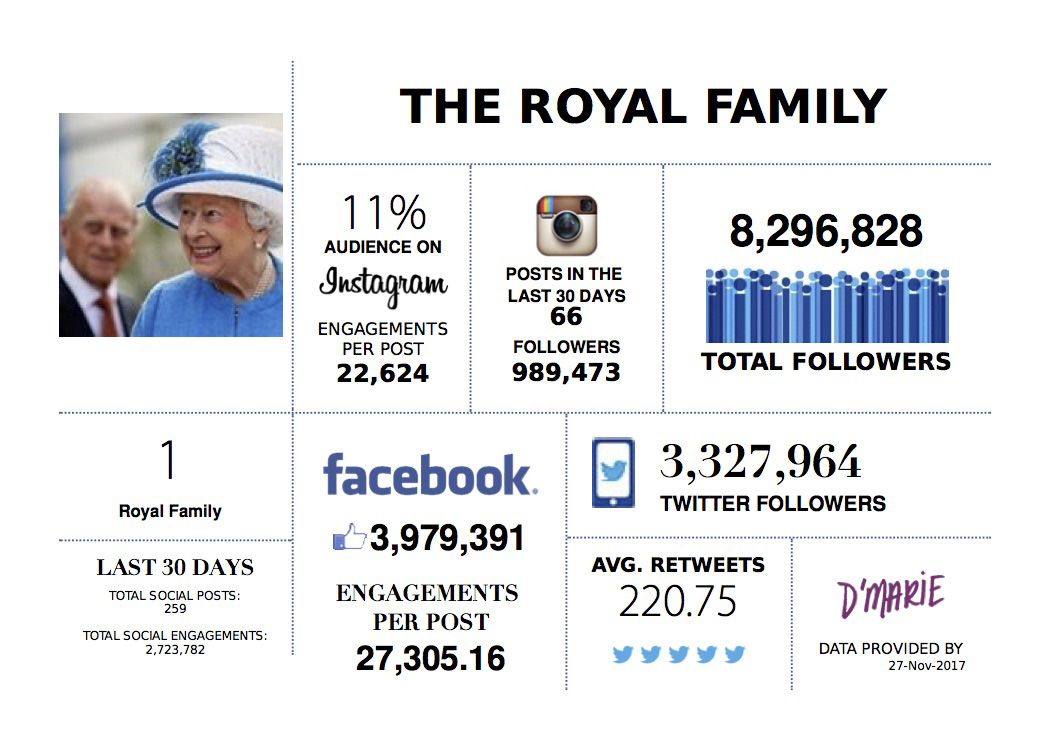 In 2015, the Kensington Palace social media accounts were launched to represent Prince Harry, Prince William and his wife Catherine, Duchess of Cambridge, still affectionately Kate Middleton to us. The accounts focus on professional photos of their appearances and charity work rather than selfies and #foodporn, if that’s what you were expecting. Two days ago, William and Kate attended the Royal Variety Show, raising funds for entertainers throughout the UK that need assistance. Their combined following is an impressive 3,510,026 across the three platforms, but their Instagram shines with an average of 53,092 engagements per post, double that of the Royal Family account. The last three posts on their feed offer warm congratulations to the newly engaged couple, and who could resist double tapping? 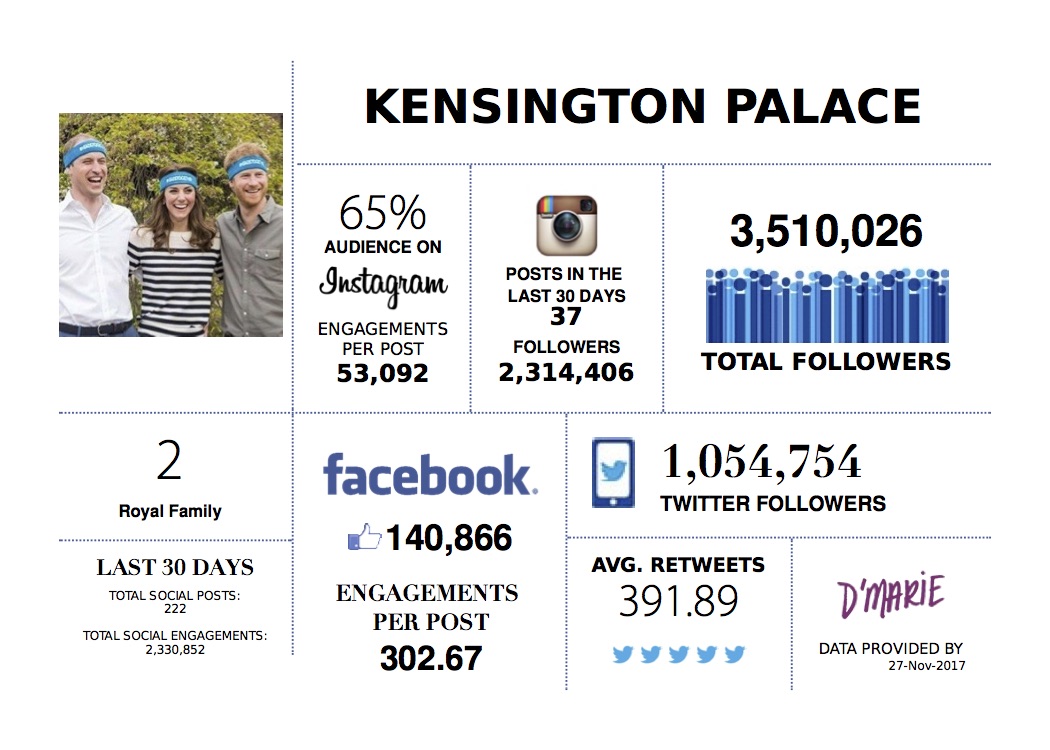 When it comes to Meghan Markle’s own social media presence, her background in TV, modeling and activism easily leverages its own audience. Interestingly, her social media analytics are very close to those of the Kensington Palace account. Her combined following of 3,295,090 comes very close to Harry, William and Kate’s, albeit with a smaller Twitter following but a larger Facebook one to make up for it. With her beauty and style, it’s no surprise that Instagram once again reigns supreme with 70% of her combined audience coming from the platform, bringing home an average engagement of 53,035 per post. 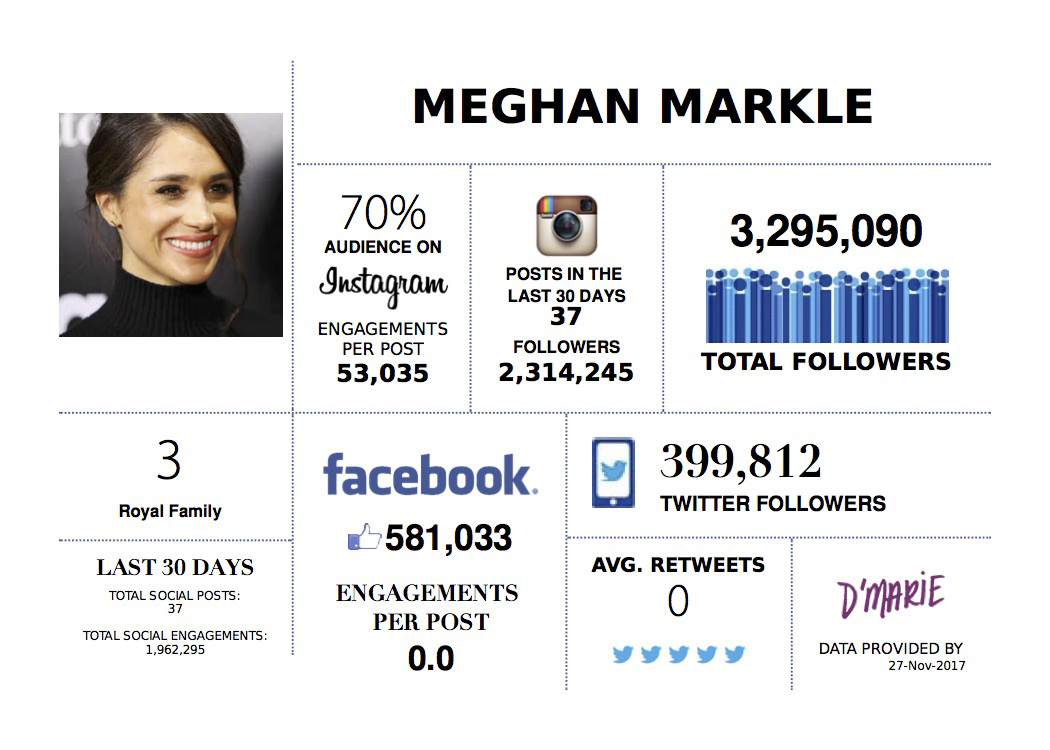 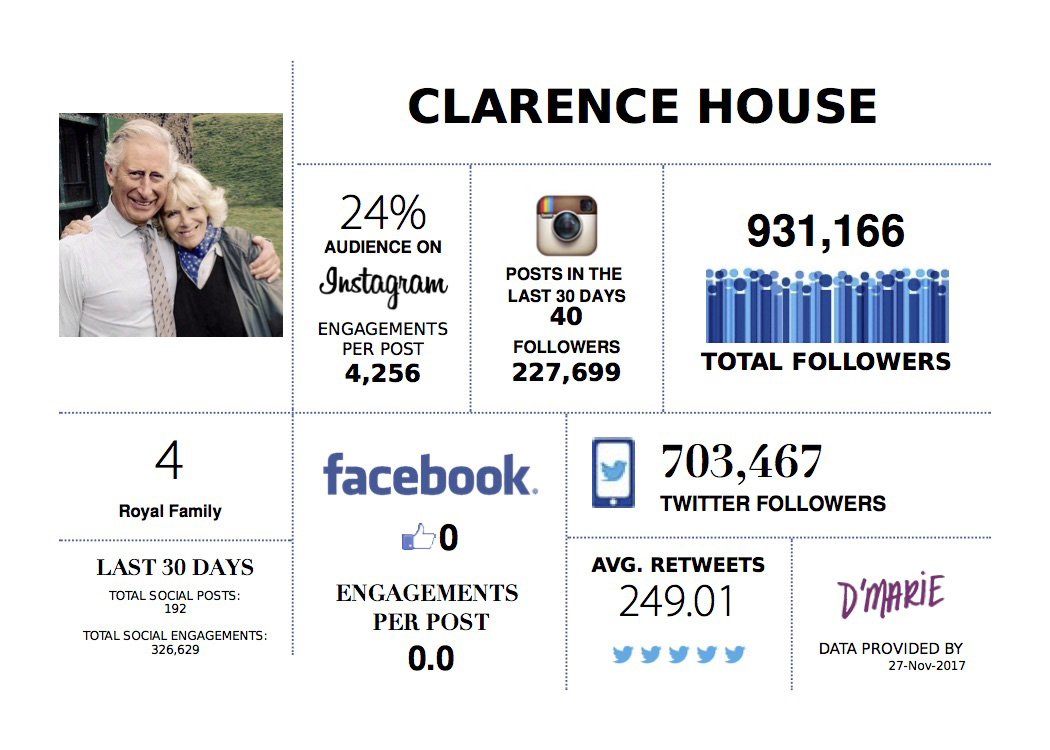 And speaking of gems, we also have the details on Meghan’s engagement ring. Prince Harry designed the ring himself together with court jewelers and medalists to Queen Elizabeth II Cleave and Company. It features three stones, one a diamond from Botswana, reminiscent of where he took his fiancée for her 36th birthday, and the other two from Princess Diana’s personal collection. With so much beauty, there’s nothing else to say but congratulations to the happy couple!