I mean, I get it. It's like being a singer and having your aunt Debbie always asking if you would ever audition for American Idol. However, all startups are not created equal, and Shark Tank maybe isn't the best platform for all of us to raise capital. It's something we've discussed here at D'Marie over the years, but the jury hasn't reached a verdict.

What we do know is that the exposure a company gains from Shark Tank is highly valuable. The show has turned mere ideas into multi-million dollar companies, and for some, it's a straight up, seven minute long infomercial. The sharks themselves include six credible entrepreneurs who’ve turned themselves into highly sought after investors. They each have unique expertise and most have taken their Shark Tank exposure to grow large and engaging social media audiences. That said, we think it’s time to show these Sharks the power of D'Marie with our custom comp cards for their own social profiles. Below you can see all of the Sharks’ social media stats according to D'Marie. 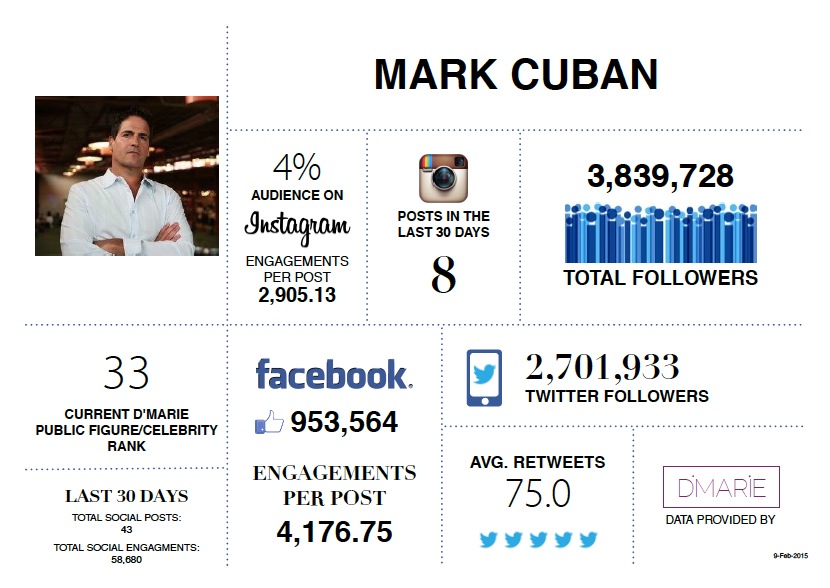 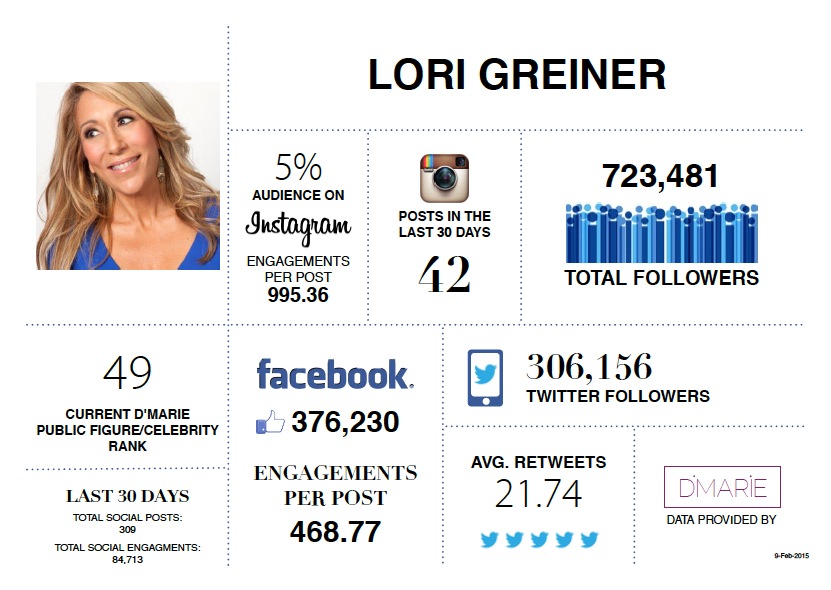 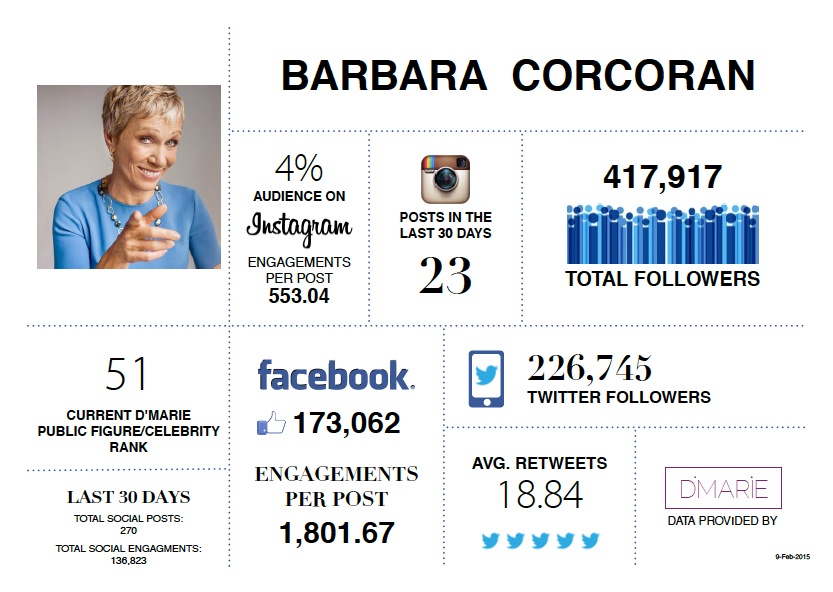 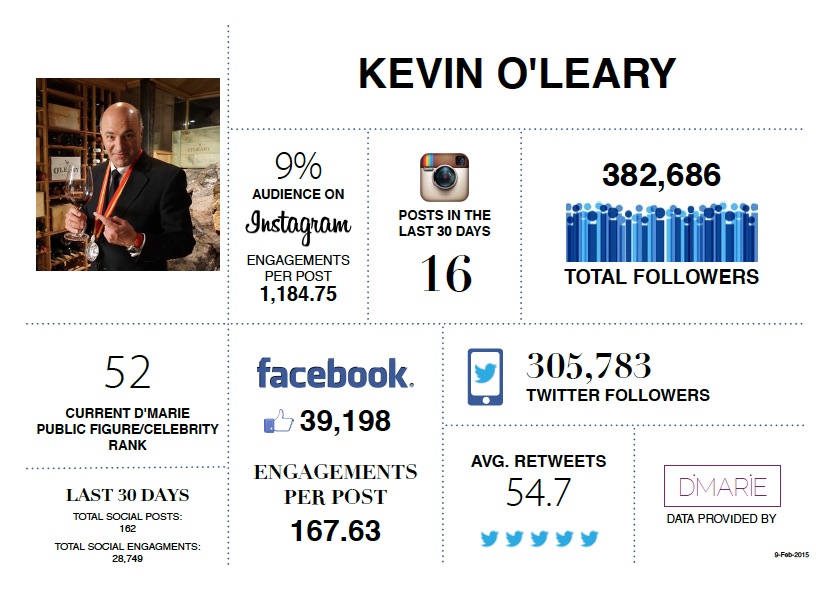 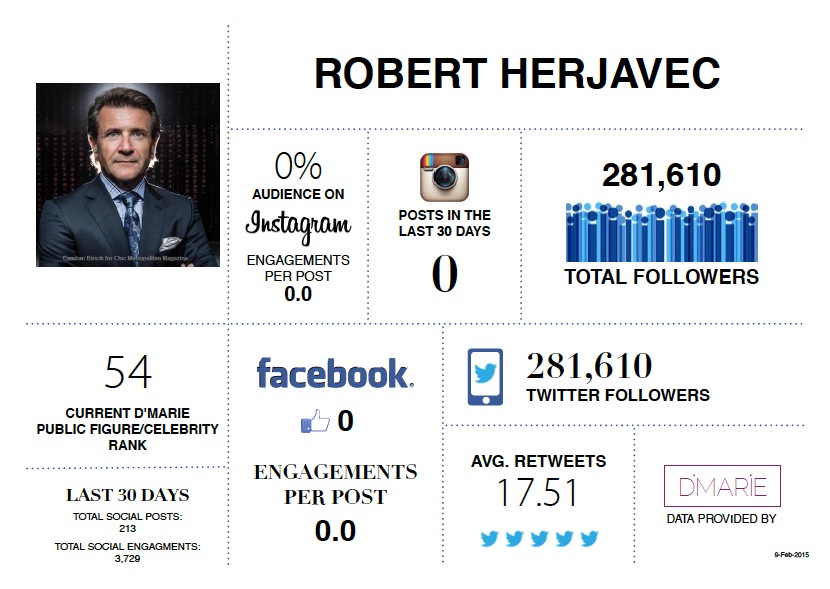