The 5 Olympic Athletes that Have America's Attention
Feb 19, 2018

This year, the Winter Olympics have had an exciting season so far with many talented athletes with different and interesting backstories. Some of the most notable ones include:

Adam Rippon is a 28-year old American figure skater who has made some serious history this Olympics. This year, he won a bronze medal for a team figure skating event, which made him the first openly gay U.S. male athlete to ever win a medal during the Winter Olympics. 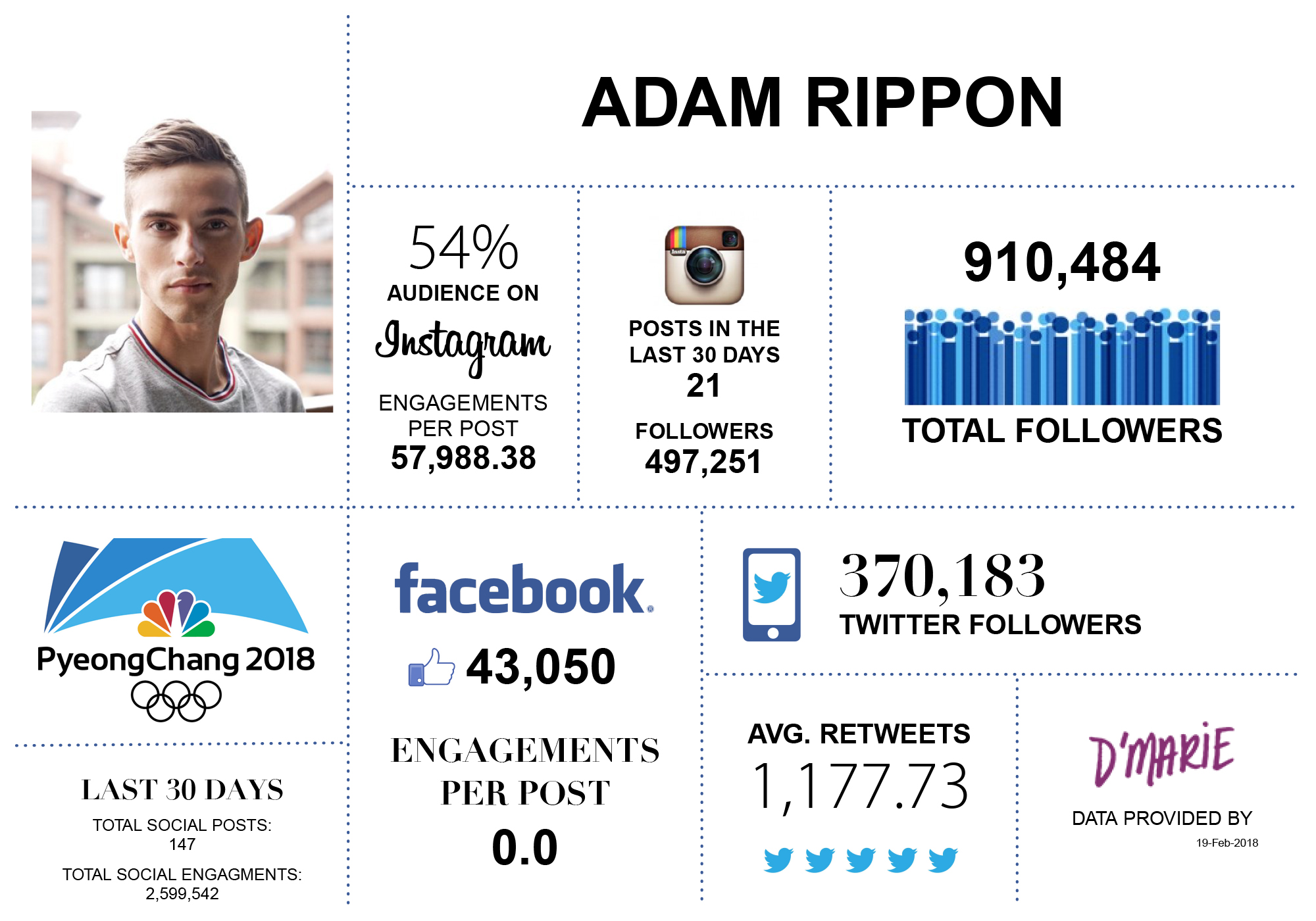 Shaun White is an old favorite. He somehow manages to be a professional snowboarder, skateboarder, and musician, and is a three-time Olympic gold medalist. While he trained in New Zealand for this year’s Winter Olympics, he crashed into the edge of a superpipe, and ended up needing 62 stitches. Apparently Shaun is unbreakable because he still managed to qualify for the 2018 US Olympic Team, and win his third Olympic gold medal on Valentine’s day for the Men's Halfpipe event. 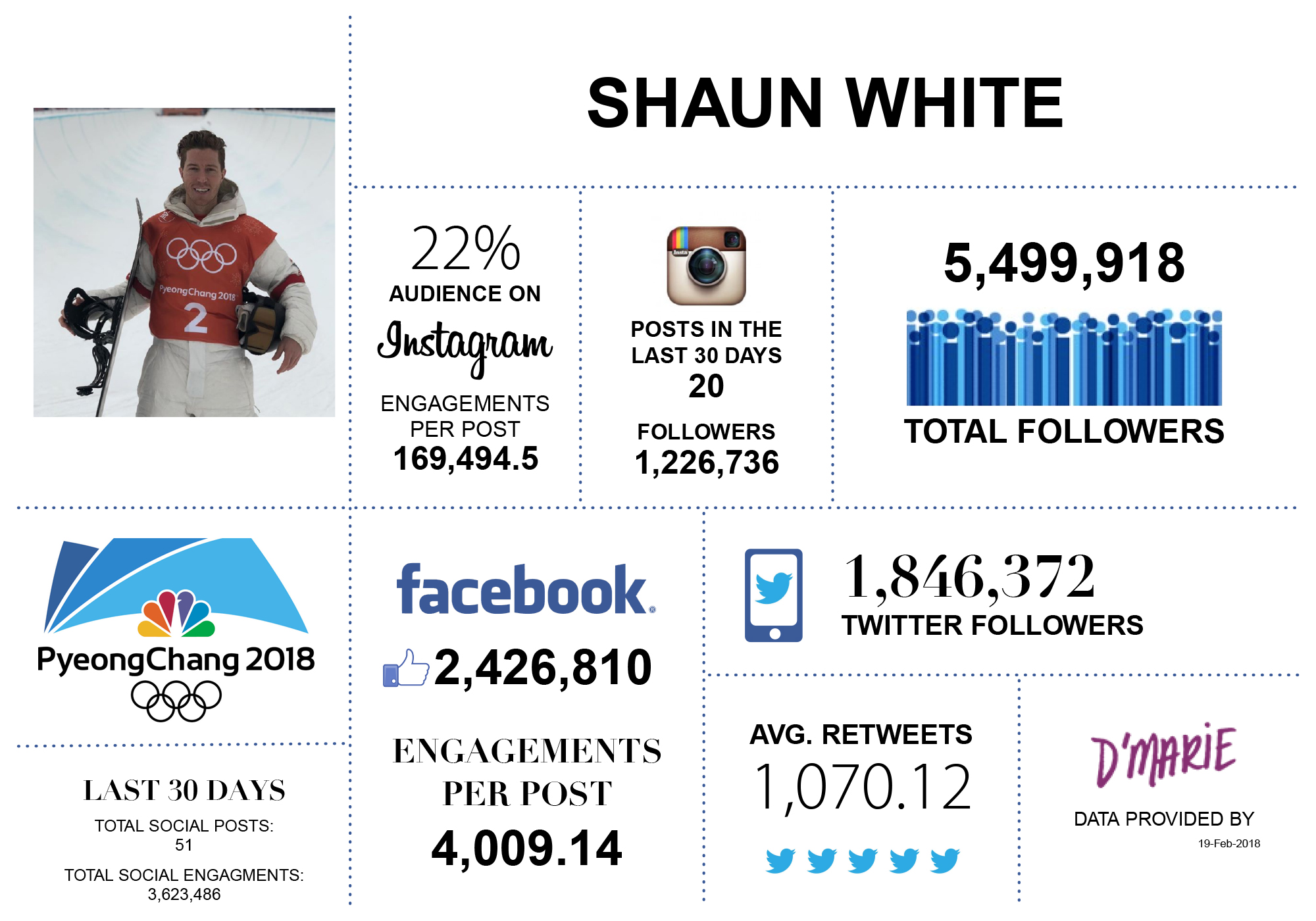 Alex Shibutani and Maia Shibutani have been quite the attention-grabbers this season for one unique reason; they’re a team of Olympic ice dancers who happen to be related. More specifically, Alex and Maia are a brother-sister team known as the “ShibSibs”. It was their mother’s idea to pair the two of them up while they were learning to skate, and they’ve been a great team ever since. 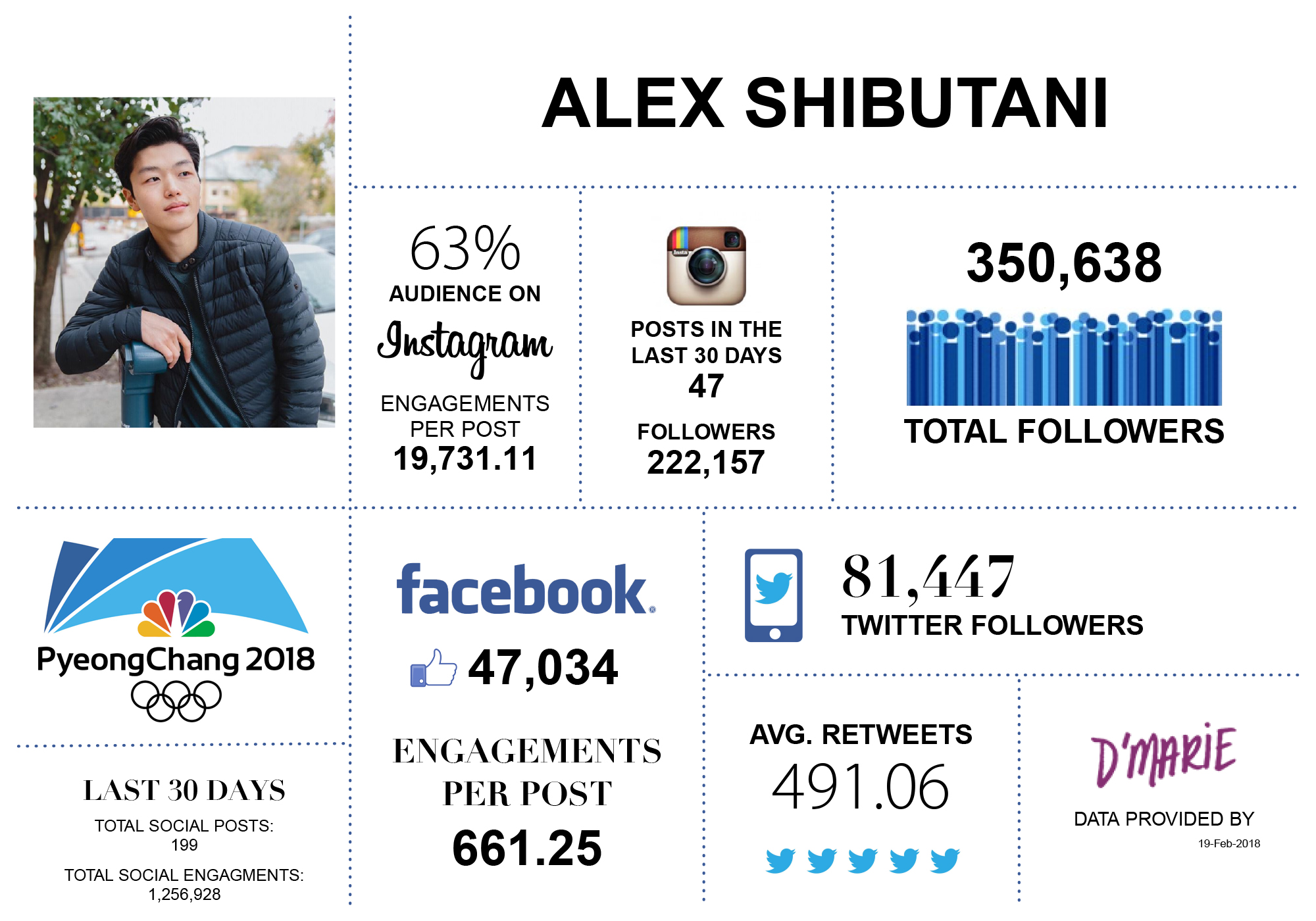 Both ice dancers are pretty active on social media. Alex has posted 199 times in the past 30 days across platforms, while Maia has 210 times. We find it extremely heartwarming that so many of their posts are photos of the two of them celebrating their successes together. 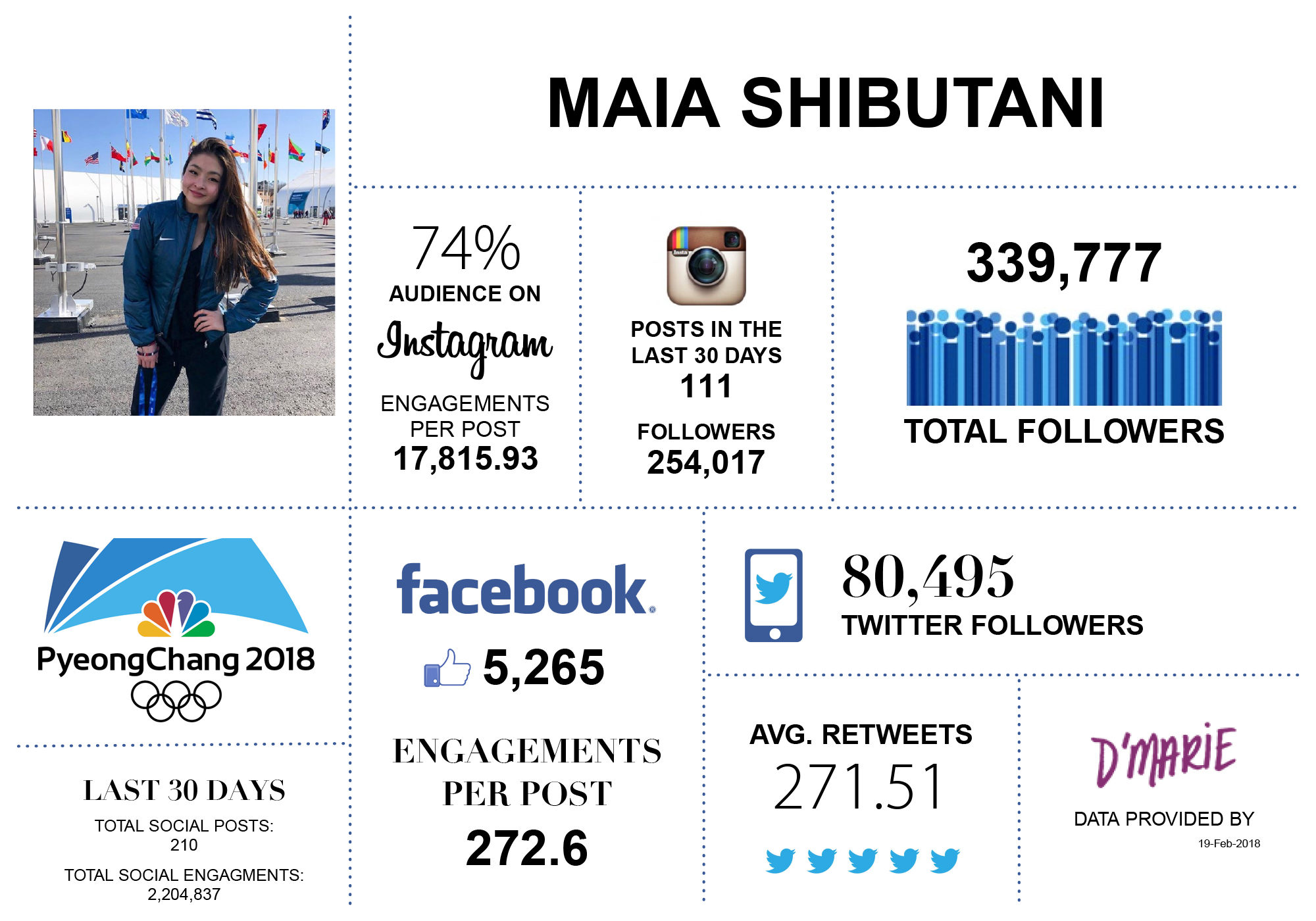 Red Gerard is one of the most chill Olympians we know of. Apparently, before he competed in the men’s slopestyle event, he binge-watched Brooklyn Nine-Nine the night before, woke up late the day of the event, lost his jacket, and proceeded to win America’s first gold medal of the 2018 Winter Olympics. On top of that, Red is only 17 years old and just continues to impress everyone. 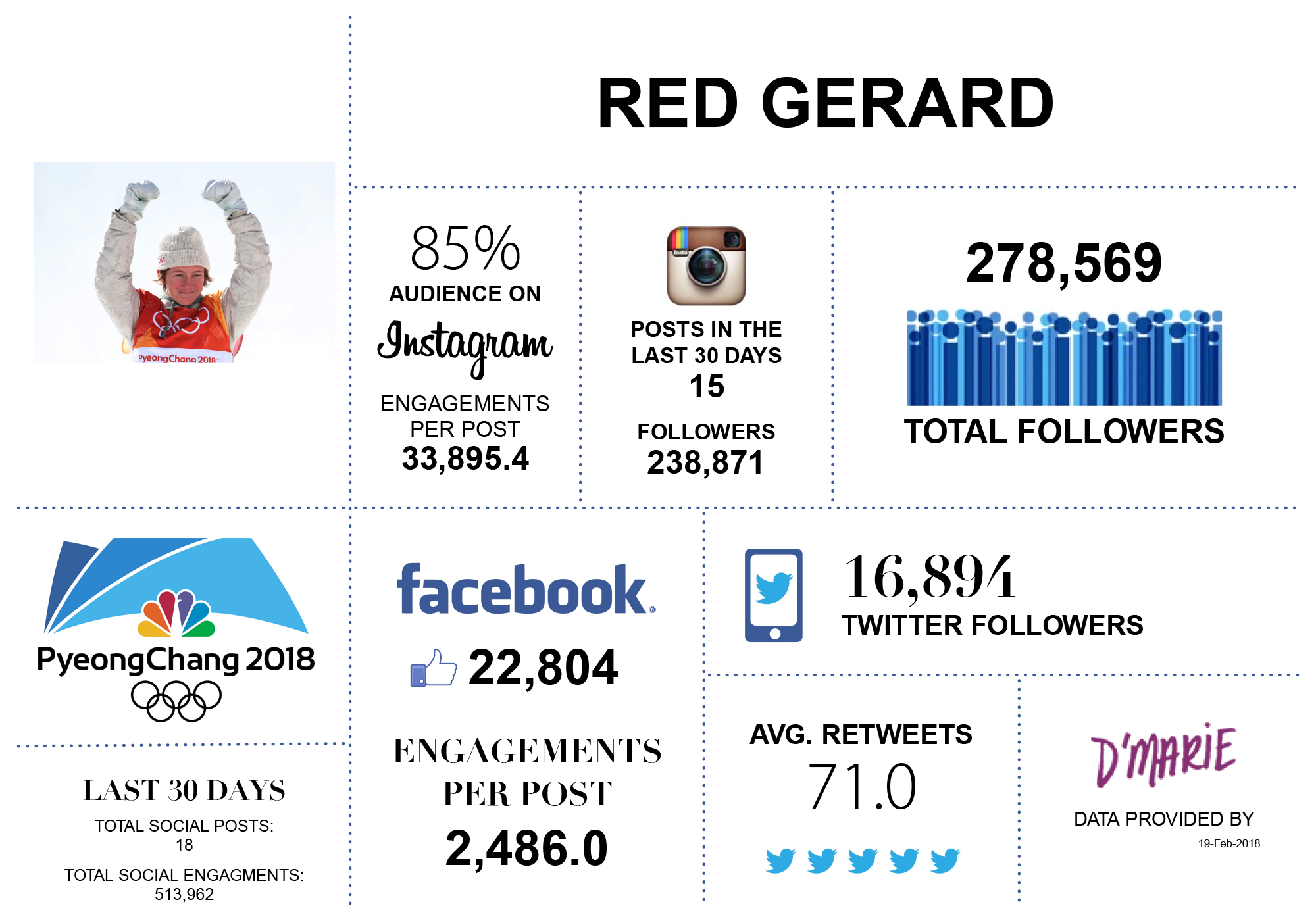